The operation of the RRRDC is not just overseen by the Director and Authority Board but is also guided by committees that meet either bi-monthly or quarterly.

These committees are made of a group of select “subject matter experts” (SMEs) in each particular field. The input that is brought to the table by these committee members can not be understated as they provide a wealth of information and experience from their respective agencies.

The Red River Regional Dispatch Center (RRRDC) uses a variety of equipment and technologies to support the goal of a prompt and efficient response of public safety personnel to the needs of the communities which we serve. The dispatch center utilizes extensive telephone, computer and radio communications networks within Cass County, ND and Clay County, MN. Other systems used include CAD (Computer Aided Dispatch) and MDC (Mobile Data Computers). RRRDC is a Phase II compliant E911 dispatch center.

Positron VIPER
The Positron VIPER system in Next Generation (NG911) Voice over Internet Protocol (VoIP) Controller. Installed in February of 2011 this equipment allows the RRRDC to have automatic call distribution (ACD) to all of the our twelve workstations for both 911 and administrative phone calls. It is connected via North Dakota’s StageNET to a similar controller in the Grand Forks PSAP for redundancy.

NICE Recorder
The NICE Recording system is a Next Generation (NG911) capable platform that provides for the recording and processing of event information from variety of media such as both phone and radio conversations. This information can be crucial for investigations, evaluation of employees, and for training purposes. 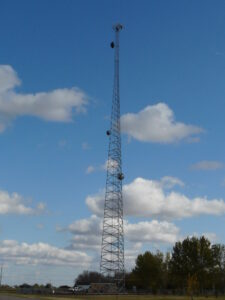 New World Systems
New World Systems software is a comprehensive Computer Aided Dispatch (CAD) software that manages all of the incoming information for dispatchers and ultimately all first responders. It is capable of handling our muti-county/ multi-state consolidation for day-to-day needs for all the various jurisdictions and public safety disciplines of fire, law enforcement and medical.

New World Systems software is integrated to GIS mapping, mobile computers, police and fire records management, jails, and civil papers just to name a few of the many modules and interfaces that the RRRDC was able to accomplish this product.

This dispatching software integrates the power of the International Academies of Emergency Dispatch’s protocols with today’s critical computer technologies. It helps emergency dispatchers move smoothly through Case Entry and Key Questioning during a call for medical assistance. It assists dispatchers in quickly identifying the appropriate Determinant Code for the first responders for each case and clearly displays the response configuration specifically assigned to the code by local agency authorities. ProQA then guides dispatchers in providing all relevant Post-Dispatch and Pre-Arrival Instructions, as well as important case completion information that can be invaluable and life-saving.

Netclock
Netclock is a a piece of equipment that makes it possible for all of the operating systems in dispatch to be synchronized on the same clock. The importance of this is borne our when questions are raised concerning dispatch times, radio times, log entries, etc. 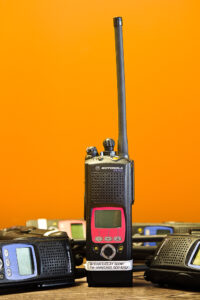 Radio Systems
Red River Regional Dispatch Center (RRRDC) currently dispatches voice traffic via multiple VHF/UHF radio systems. All agencies within the region have recently upgraded their radio infrastructure. These upgrades are in compliance with the FCC narrow banding mandate, and will allow for greater interoperability capabilities between local, county, state and federal agencies. The fire and law enforcement radio systems are conventional Project 25 (P25) compliant and operate within the VHF frequency band. Microwave radio networks will also be deployed, allowing for greater voice/data transport capacity throughout the region. The radio network upgrades will enhance safety for all first responder and public safety personnel as they serve the citizens in our region.

Mobile Data Computers (MDC)
Many public safety vehicles in the region have MDC capability. Typical MDC vehicular equipment consists of a sturdy laptop and associated radio/modem. MDC’s enable field personnel to generate and receive data, which enables them to perform their duties more effectively. MDC’s are an extension of RRRDC’s Computer Aided Dispatch (CAD) system. Initiatives are underway to adopt technologies, which allow for greater data transport speeds than the 9600 baud offered by the current MDC system.

What is Emergency Medical Dispatch?

Medical Emergencies are some of the most serious calls taken in the dispatch center. Time is often critical. What happens in the time the caller dials 9-1-1 until an ambulance arrives on scene can mean the difference between life and death for a patient. Emergency Medical Dispatch (EMD) is the bridge for the caller between their 9-1-1 phone call and the arrival of on-scene responders.

RRRDC uses “The National Academy EMD Protocol Medical Priority Dispatch System”. In following these EMD protocols we ensure that all dispatchers effectively evaluate the medical situation by following a questioning protocol. This questioning protocol allows the dispatcher to send the appropriate resource which provides better care for the patient and safety for those who are responding. EMD also provides life saving instructions, whether it is giving simple airway maintenance instruction, controlling bleeding, delivering a baby or CPR instruction.

The history of EMD
The first recorded EMD call was in 1974 in Phoenix Arizona. A paramedic was able to successfully deliver CPR instructions to the family of a child who drowned in a swimming pool. By 1978, the Medical Priority Company had produced a product for dispatchers to follow to give medical instructions. It was not until 1989 that EMD was formally recognized as an integral component of emergency medical services. In the 1990’s EMD really came of age; The television show “Rescue 911″ raised the public expectation of 9-1-1 and what type of care would be provided when they call.

What questions will I be asked when I dial 9-1-1 in a medical emergency?

To ensure that the right people with the right equipment are sent to the correct location, the dispatcher must ask you specific questions. It is important to remember that trained dispatchers never ask questions that are unnecessary, and that all of the questions being asked help to determine the level of help that you need.

By answering these questions, the dispatcher is able to determine the chief complaint such as chest pain or breathing problems. At this point the dispatcher will ask you a second series of short questions unique to your situation which will determine if the ambulance will be responding with lights and sirens and if they will need any special equipment once they arrive on scene.

In all cases, remember the most important thing you can do when calling 9-1-1 is to LISTEN CAREFULLY and REMAIN CALM. Always do whatever the dispatcher asks you to do. Every question asked is part of their protocol and has an important reason.

EMD is not always easy; it takes training and practice. Red River Regional Dispatch Center wants all of its employees to do a good job with EMD. As a result, a quality assurance process was implemented to maintain continuous feedback. Supervisors listen to and evaluate EMD calls and are able to give feedback to employees about areas they are doing well in and ways to improve their service to the community that we serve.